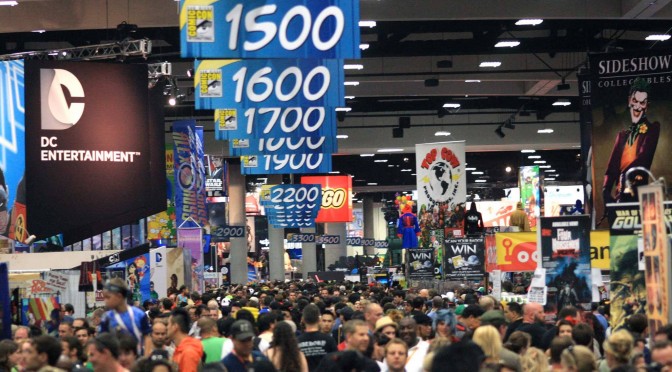 Comic Convention season is in full swing, and all around the world, fans of all media are packing them out. Is it good or bad for the culture of comics? Rocko and Eli have a thing or three to say about it, here on the final show of the first season. 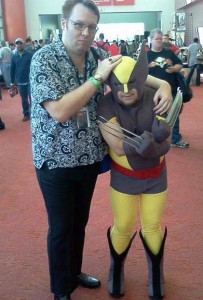 I was the guy who followed the sagas and storylines of the comic book industry both on the paneled pages and in the industry behind-the-scenes, thrilling at the writing and artwork of my favorite creators, but almost never spoke to another human being about it. For me, attending a con for the first time just a scant few years ago was a declaration of allegiance to a medium and art form that I’ve always loved, to answer in the affirmative a question I’d danced around all my adult life: “Do you like comics?” I would often demure, but from the time I can remember laying eyes on anything, starting with the four color Sunday Funnies, I remember comics. They’ve been a part of my life ever since, and it’s such a joy to find that they’re as much a part of the lives of others as they are my own, something I never knew until I showed my face to my brothers and sisters at a convention (or “con,” for those in the know). I felt sorry that I had missed out for so long by being uptight and “too cool for school,” because the kids at the cons were having a blast all along.

You will see people in amazing homemade costumes acting out fantasies. You will see old friends in their element, catching up. You will see new friends bonding over their common interests. You will see the thrill of the hunt as enthusiasts track down key issues missing from their collection, just to find out exactly how Spider-man survived that fall at the hands of Doctor Octopus way back in that issue from the seventies that they missed. You will see the people who create the comics, smiling and shaking hands with fans for whom they might as well be the most admirable people alive, like movie stars or athletes. In fact, you’ll also see movie stars and athletes, like “Airplane”’s Robert Hayes and WWE Superstar Randy Orton.

Conventions are now all the rage, moving from something that was just a few years ago on the fringe of society to a major cog in the machine that is the entertainment industry. Now it’s nouveau-hip to be a fan, absolutely cutting edge. Just an example: if you were into “The Walking Dead,” the comic from Image Studios, before “The Walking Dead,” the top-rated show on AMC, you were fully engaged and aware of a massive pop cultural force literally years before anyone else. Wherever you are on the spectrum, take pride. Even if your geek obsession isn’t ready for prime time, it might soon be. Come to the place where you will find your brethren and get ready to have a good time with your crowd – you’re so out, you’re in!